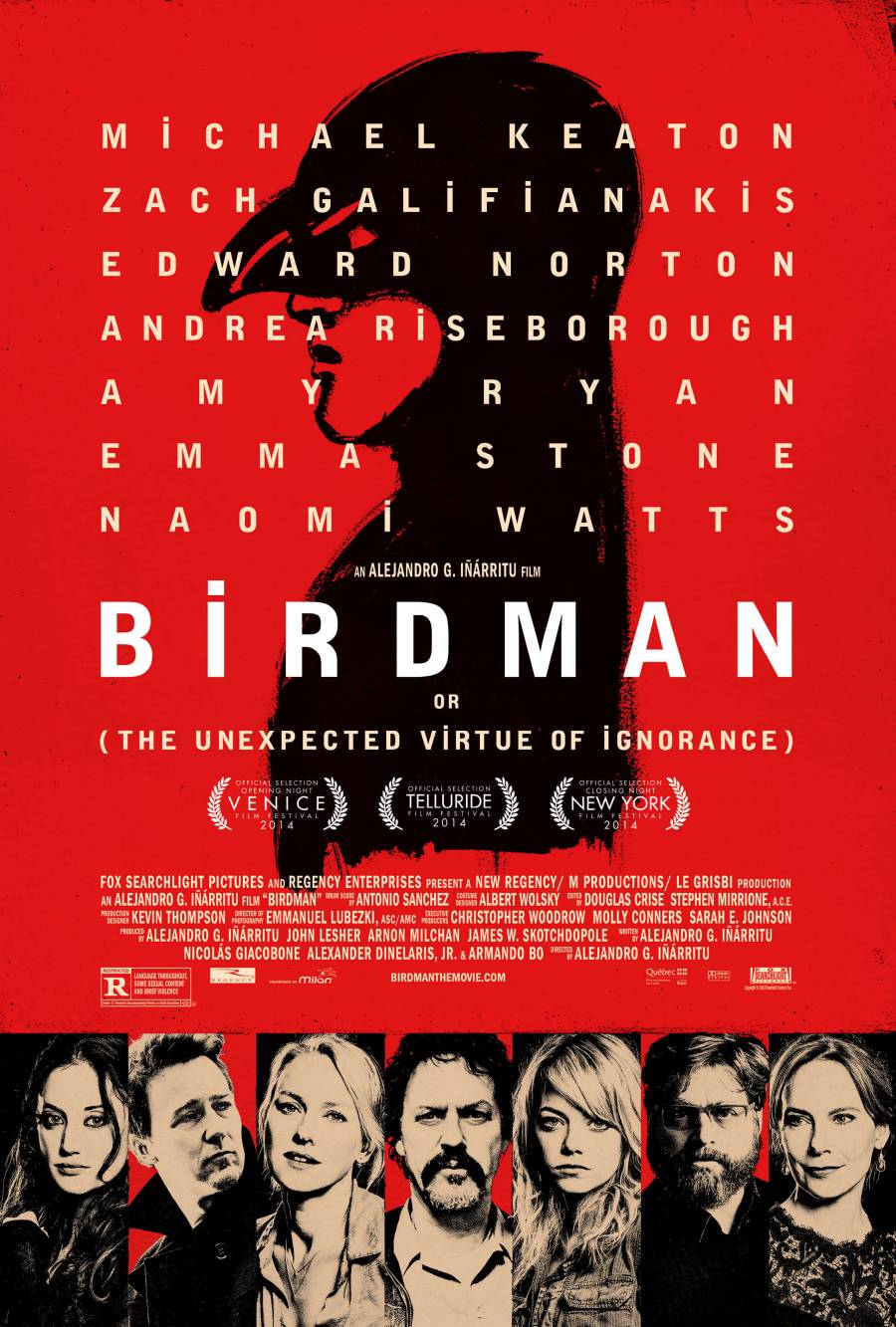 If Birdman fails to sweep the 2015 Oscars in both nominations and awards, then that’s it Hollywood, it looks like we’re done. You no longer want to use me to your full ability if you don’t want to recognize something that deserves it’s due.

Finally, a perfect marriage in which art, the exploration of the art and technical excellence converge in a cinematic experience marking “Birdman” as the birth of AGI and Chivo’s new style of film making.

Emmanuel “Chivo” Lubezki masterfully crafts each frame, which choreographed with his fellow Mexican auteur Alejandro González Iñárritu (AGI) directing the actors and collaborating on the scene works amazingly. Not to mention the performances put in by Michael Keaton, Edward Norton, Namoi Watts and Andrea Riseborough. Emma Stone and Zack Galifanakis also deserve a nod for their roles.

“Birdman” (The Unexpected Virtue of Ignorance) deserves it’s recognition, and has me waiting with baited breath for Leonardo Dicaprio and Tom Hardy in Iñárritu and Lubezki’s forthcoming “The Revenant,” the screen adaptation of Hugh Glass’ tale.

Studios need not campaign against the Birdman Oscars, instead film students, fans and industry cohorts should champion the picture and spread the word. The film within the film also would’ve been great to see, and one can only hope that it’s bundled with the Blu-Ray and DVD releases.

With that said, I’ll leave you with two words that you’re destined to read at the beginning of news stories in the 2015 Oscar wrap ups; Birdman Oscars.