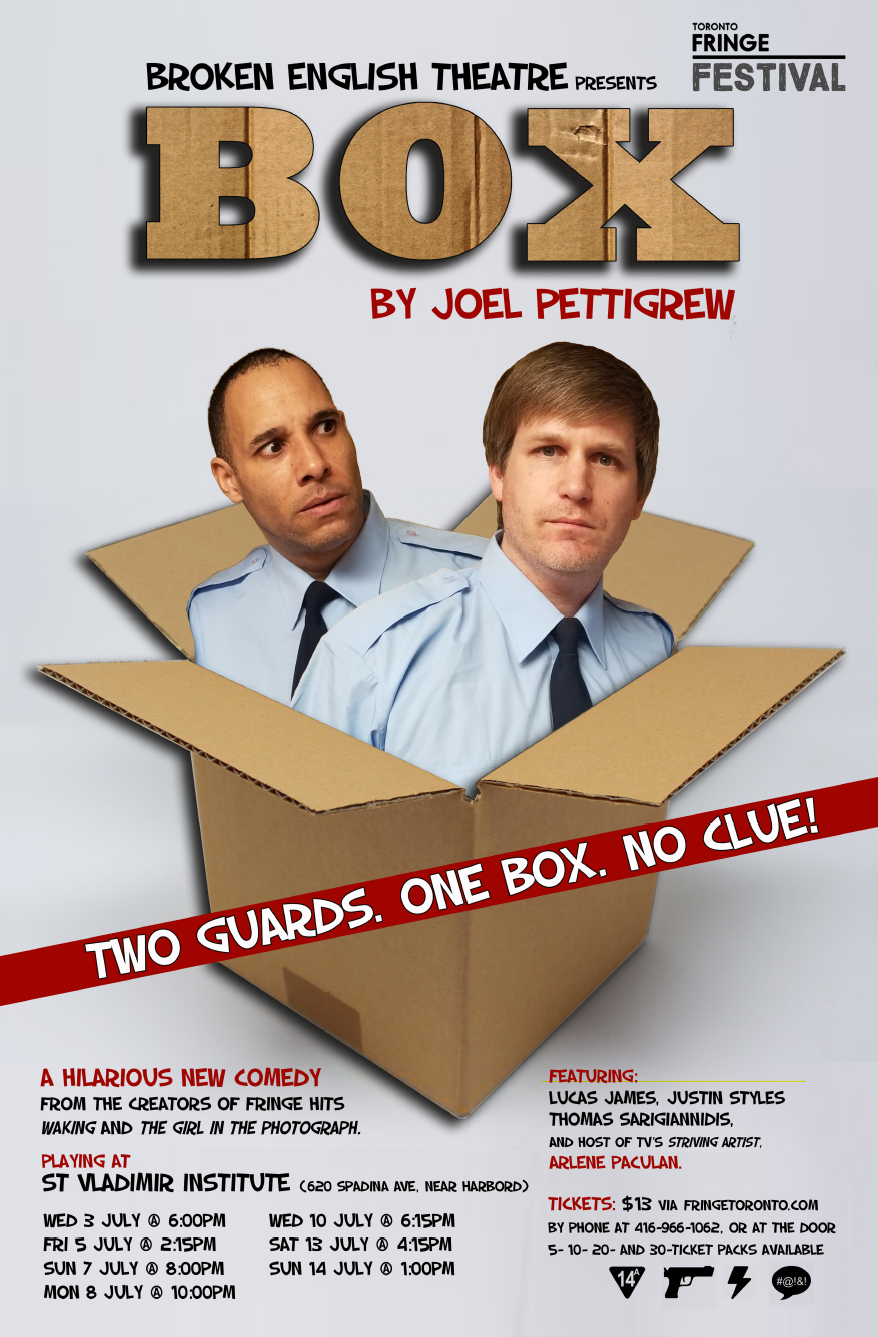 BOX or The Epic Epoch of the Contemporary Workplace

At The Toronto Fringe Festival

From visionary playwright and director Joel Pettigrew (“Waking” 2016, “The Girl in the Photograph” 2018, “Mercury Man” 2018), comes a new, thought-provoking satire. Journey into the absurd world of Box, a witty, energetic and sincere glance at the meaning of work and duty.

Peppered generously with delightful comedy but also thoughtful introspection about the monotony of our daily lives, and what doing a job means to us. We all must work to live, but should we live to work? Box explores this conundrum with sharp wit and a glance into the complexities of human attitude towards the workplace. The play sheds light on questions we all ask ourselves, especially during particularly tedious times: what is all this for? Why am I doing this? Am I important?

Box is featured as part of the 2019 Toronto Fringe Festival, all performances at the St. Vladimir Institute Theatre at 620 Spadina Ave from July 3rd to July 14th, 2019. 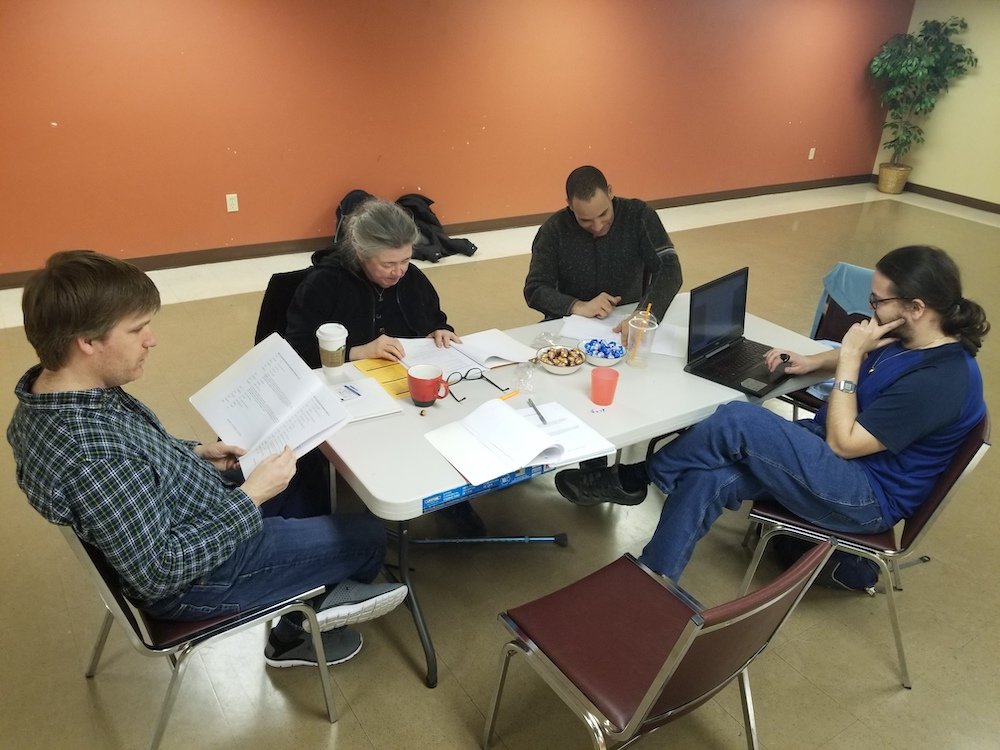 The Cast of “Box”

The Production Team of “Box”

Veteran Fringe performer, Lucas James says independent theatre is the best theatre in Toronto, and this is where to get it! He grew up in the Toronto theatre community, both acting and ‘acting up’ from a young age. He has acted and filmed nationwide, and is happy to be here with Broken English Theatre’s inaugural production. Box speaks about themes that are profoundly important to Lucas, and in his favourite medium: humour! Lucas James will go on to found the world’s first space-going theatre; in the meantime he wants everybody to enjoy some laughs while seeing Box.

Joel Pettigrew is a theatre maker who has been telling “outside-the-box,” stories across Canada for over a decade. Selected credits include: “The Dilemma,” Ground Zero Fest/Artful Celebration Tour 2019, (Writer, Director, LX, Sound, Production Support) “Mercury Man : The Last Performance of Orson Welles,” “4.5/5 Stars Winnipeg Free Press, Winnipeg Fringe/The Pearl Company 2018, Hamilton Fringe 2019 (Writer, Director, Producer) “The Girl in the Photograph,” Broadway World Award Winner for Best Show, Toronto Fringe 2018 (Playwright) “Waking: the Play,” Toronto Fringe 2016 (Director, Writer, Production Support, LX and Sound Operation.) Joel’s artistic mandate is to explore the chains that bind us and how we strive to overcome them. Joel would like to thank this amazing cast and crew, his friends, and family, without whom this show would not be possible.
Onward and Upward!

Manager/Coordinator, and an Integrated Media Artist. ‘Her main
focus has been Design work for film, video, television, and live stage productions. Currently, she is transitioning to a career in Custom Wardrobe Design and Fabrication. She co-created Canadian Film Centre Professional Internship feature films, many indie films, and music videos. She has worked in various capacities at Toronto Rogers Cable TV, The Winnipeg Film Group, and Winnipeg Videopool, She has also worked on various theatre projects for Alumnae Theater, Heritage Theatre – Brampton, Toronto Fringe, and Winnipeg Fringe. She was a
Radio DJ, did voice-over work, and was a Music Librarian for
Ryerson Campus Radio. Chris has a BFA from Ontario College of
Art and Design: Honours Communications and New Media. She completed 2 years Carpentry Apprenticeship at George Brown College, and has taken many courses in Digital Media at L.I.F.T. (Liaison Of Independent Filmmakers of Toronto), Ryerson Polytechnical Institute, Winnipeg Film Group, Videopool, and Red River College. Chris occasionally has time to stop and smell the waterlilies.

Reut is thrilled to be working with old friends and new on this
production of Box. She is a budding professional in the non-
profit sector but enjoys spending her free time working on
productions and volunteering for various Toronto theatres.

Thank you for joining us. Enjoy. 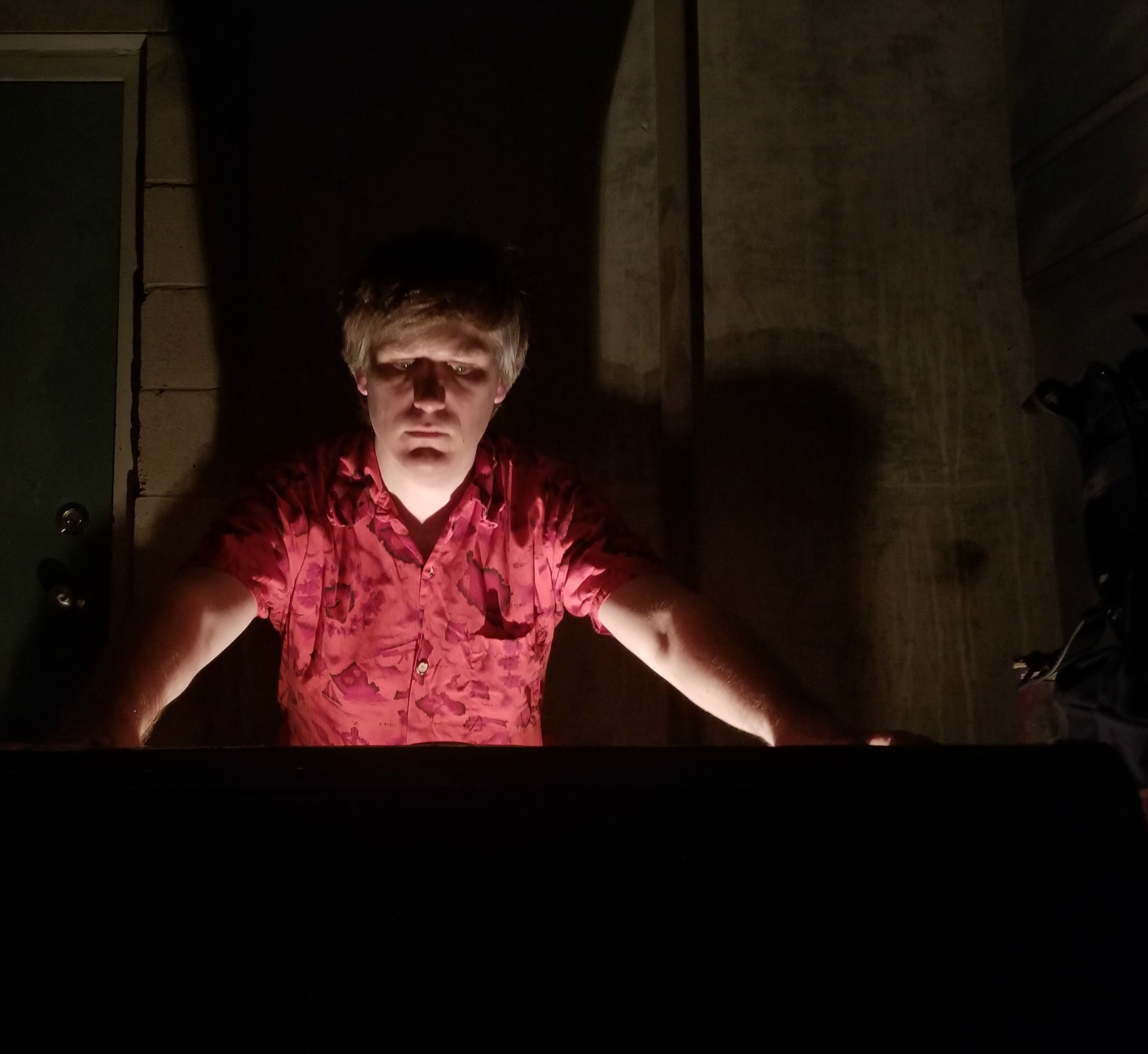 Thomas is a lifelong actor and a second time Fringe participant. Having worked on countless plays from the age of 8 in Hungary through his school years in Canada all the way until the end of university, he is a three-time Sears Drama Festival Award recipient, and a second time Fringe participant! First appearing in Fringe 2016 as part of “Waking” written and directed by Joel Pettigrew and acting alongside Lucas James, he is once again proud to make an appearance on stage with the same comrades, and some fantastic new ones!

Arlene is a graduate of the Randolph Academy for the Performing
Arts. She has graced the stage as an actress, garnering the roles in such plays and musicals as Juliet (Romeo & Juliet), Nancy (Oliver), Rizzo (Grease), Laurey (Oklahoma), Kate (Shotgun Wedding), Puck (A Midsummer Night’s Dream), Tiger Lily (Peter Pan), and Josie Pye (Anne of Green Gables). Arlene is also an award-winning singer-songwriter who recently received the Best Pop Artist Mississauga Music Award in 2018 and the Established Vocal Artist MARTY Award this year. She hosts her own TV show called Striving Artist on Filipino TV where she showcases artists who make a living off their art.

Born in Toronto, I can say I pretty much raised myself. Left home at 13,worked to pay my way through high school and university. While I am new to theatre acting, I have been in front of the camera many times. I have 3 commercials, 2 with speaking roles, and several SSE roles as well. Recently, I left my FT career to rejoin the acting workforce, mostly doing background work with other SSE roles, including Flair Bartending and Blowing fire. Being a full part of the Actra union is my goal, as well as helping to create a production company. My career background is hospitality and Physician Education but I have always been enamoured with acting. Thanks to Mr. Pettigrew, I’ve been able to live this experience and I am loving it. Here comes The Box!