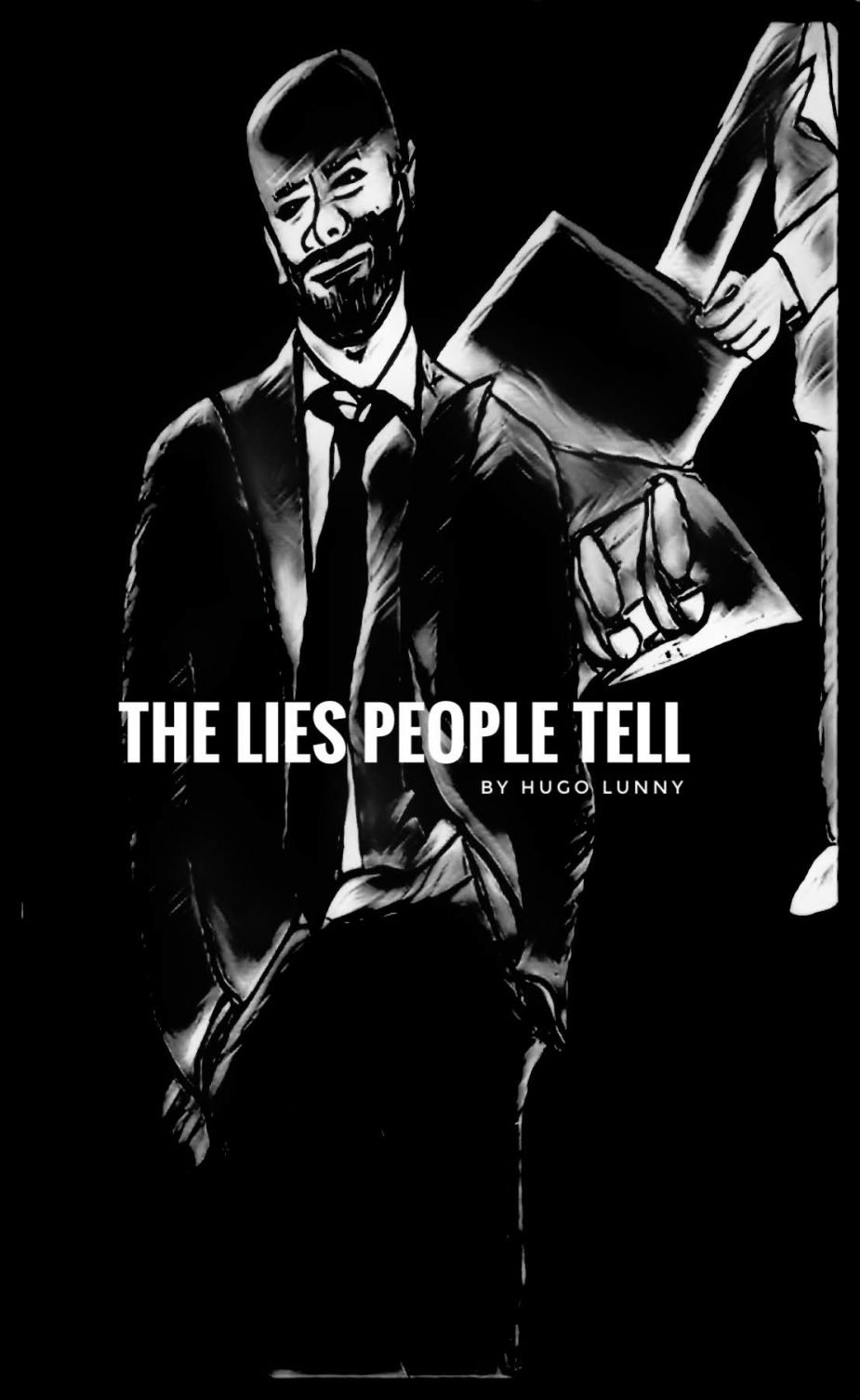 The Broken English Films production “The Lies People Tell” tells the story of a trusted Calgary funeral home and crematorium deceitfully doubling their revenue by selling cadavers to the black market.

Synopsis: Khalil Honert runs Honert’s Funeral Home & Crematorium in Calgary, Alberta. From the outside it looks just as any other home would; traditional with muted tones, welcoming but unlikely to draw in idle wanderers. A sad space meant to help ease the passage of life. In theory. The truth, however, is it’s a facade. It’s a front for a much more nefarious business; selling the bodies of the clients it pretends to lay to rest.

During the previous recession, a connection Khalil made with an older biker thug helped him when the home wasn’t able to make ends meet. His connection, Ronald Robinson (or “Ron Rob” as he’s known around the neighbouring cities), gave Khalil the money in exchange for the home supplying recently deceased corpses. Their purpose; to be sold on the black market to underworld schools (and elite budget conscious ones) teaching amateur doctors how the human body works and real life dissections. It also enables knock-off plastic surgeons to learn their craft, tattooists to practice on something other than pigs and rich perverts to perform unconscionable acts.

This steady stream of income has afforded Khalil and his wife, Julia-Shea, a lifestyle they could never have ordinarily achieved and has elevated their staff to similar levels. Rather than cremate the bodies they receive, they put on a show and provide a mixture of concrete powder and ground bone to simulate what people would expect. As the ashes appear legitimate, nobody questions what’s happening, and once the caskets are sealed, nobody questions if the body inside belongs to their loved one… or if there even is a body there.

Behind the screenplay: The Lies People Tell