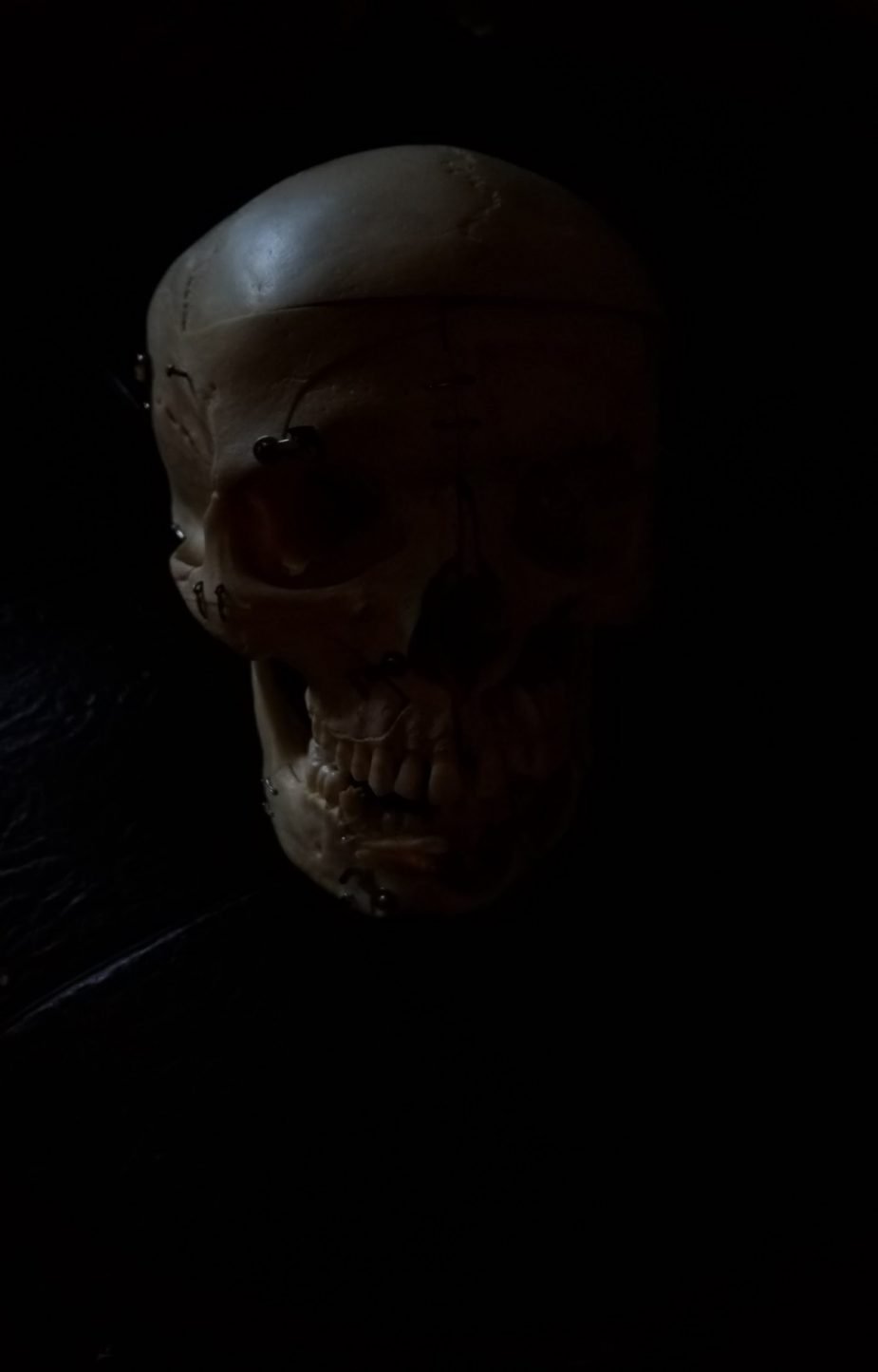 The Broken English Films production “They Sold Nightmares” is a dark tale based beneath Reno, Nevada in which rival nightmare peddlers butt heads.

Synopsis: Below Reno, Nevada’s gambling streets, the Popabawa and Kanashibari Guild for the control of the wretched have consistently produced successful alumni specializing in nightmares. None as successful as Abdelaziz Subaghra or Donnie Krasznai. Both of whom practice very different forms of nightmares. Working in parallel circles, Donnie above ground and Abdelaziz below, the former friends no longer speak or have cause to.

Zara Entwisle, a witch with ties to them both, fields clients looking for Donnie’s traumatic nightmares to him and guides those seeking Abdelaziz’ fatal nightmares his way. She is becoming progressively more bitter towards Donnie as his condescending actions and behaviour have grown more insulting and blatant.

Donnie and Abdelaziz’ lives and operations remain very distant until Abdelaziz is accused of tampering with Donnie’s services, forcing Donnie’s tame nightmare to go a step too far.

Tagline: Not all nightmares are the same.

Every society somehow starts. The Depths started below Reno, Nevada. Initial incarnations of man and his derivates gathered developing semblances of civilizations that would eventually build upwards. The tunnels were built while cities rose and humans began feeling in control, instead of the slaves they were bred to become. Eventually they became oblivious of their truth. The Popabawa and Kanashibari Guild for the control of the wretched have made their ignorance a certainty.

Centuries worth of toil and development have had the PKG fashion subterranean rocks into something prestigious and pristine. The PKG premises are some of the most modern and admirable in The Depths. Their walls are smooth and designs deliberate. The premises seem to sprawl endlessly with no visible perimeter.

They Sold Nightmares is also available for purchase over at Broken English Books.